Through our joint commitment to a process of education in and transmission of photography with a view to better understanding the world in its diversity, many practical workshops and meetings with artists are organised in cooperation with other national, regional and local stakeholders. Such actions are developed thanks to the support of and measures initiated by the Department of Education, Canopé, Drac Nouvelle-Aquitaine and the Diagonal network. 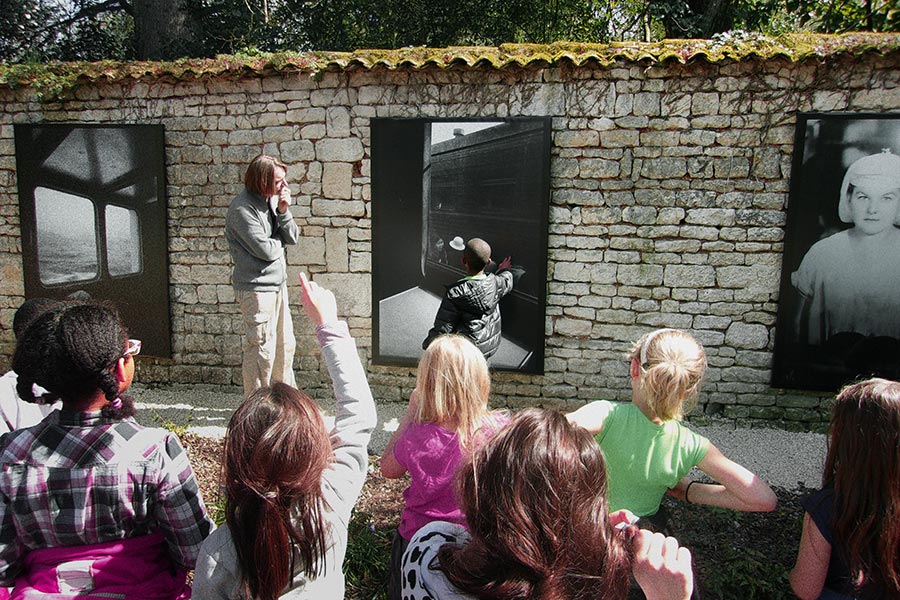 school workshops
Through partnerships developed with various national education entities, Villa Pérochon participates in art and culture education in both state schools and private establishments. Action programmes are drawn up jointly by artists, public contact personnel and educational institutions within the framework of such initiatives as PEAC, Croisons nos regards and Des clics et des classes.

practical workshops
residencies with guest artists
Through such initiatives as Entre les images developed by the Diagonal network, Cultures et santé with RA, and SPIP 79, we are able to carry out projects aimed at structures with specific audiences.

Within specific geographical areas, such as neighbourhoods designated as priority zones for local government policy, communities in municipalities or any other rural or urban areas of the Nouvelle-Aquitaine region, we work with local partners to set up such initiatives as creative and/or public contact residencies, school-based projects, conferences, meetings and round table discussions.

In 2017, the Villa Pérochon and Les Amis des Arts organised a round table on the topic of "Territory and Creation". Moderated by Brigitte Patient, the invited speakers were Israel Ariño, Thierry Girard, Philippe Guionie, François Méchain, Pascal Mirande and Guy Tortosa: